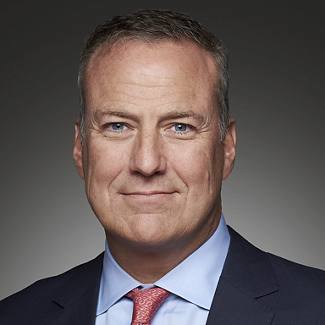 Bob Faith is Founder, Chairman, and CEO of Greystar, a global leader in the investment, development, and management of high-quality rental housing properties. As Chief Executive Officer, Bob leads the Greystar Investment Committee, Executive Committee, and Board of Directors. For nearly three decades, Bob has maintained oversight over all aspects of Greystar, including organizational structure, strategic planning, and company growth. Bob believes that the company’s commitment to its pillars of excellence, core values, evergreen business strategy, and entrepreneurial spirit allows Greystar to mitigate cyclicality while attracting and retaining the best talent in the industry and providing attractive career growth potential to all team members.

Following Harvard Business School, Bob began his real estate career with the Trammell Crow Company in 1986, ultimately becoming a Partner in the Charlotte, North Carolina office. In 1991, he co-founded Starwood Capital Partners, LP, a private investment company. In 1993, Bob founded Greystar Real Estate Partners, LLC, in Houston, Texas. In addition, he founded and served as CEO of Homegate Hospitality, Inc from 1996 to 1997. From 2002 through 2006, Bob served as the South Carolina Secretary of Commerce.

Under Bob’s leadership, Greystar has grown from a manager of 9,000 units in the United States through the acquisition of the company’s predecessor Greystone to managing and operating more than $250 billion of real estate in 227 markets globally throughout the United States, United Kingdom, Europe, Latin America, and the Asia-Pacific region. Today, Greystar is headquartered in Charleston, South Carolina, and is the largest operator of apartments in the United States, managing nearly 794,000 units/beds globally, and has a robust institutional platform with over $26 billion of assets under development. In 2020, Greystar was ranked as the 47th largest real estate investment manager in the world.

In 2020, Bob was recognized by Commercial Observer as one of the Most Powerful Players in Real Estate ranking #32 on the Power 100 list. Following the EdR transaction in 2018, Bob was the recipient of PERE’s North America Industry Figure of the Year award. Since 2016, Bob has been consecutively listed as a Glassdoor Top CEO. Bob is a member of the National Multifamily Housing Council, the Pension Real Estate Association, and the Young Presidents’ Association.

Bob received his bachelor’s degree in Petroleum Engineering from the University of Oklahoma and an MBA from Harvard Business School.

From the very beginning of Greystar, we have focused on being an ‘evergreen’ company. What do we mean by this? We know the real estate business is cyclical, but our balanced focus on both the service side of the business and the principal side gives us opportunities to grow wherever we are in the cycle.